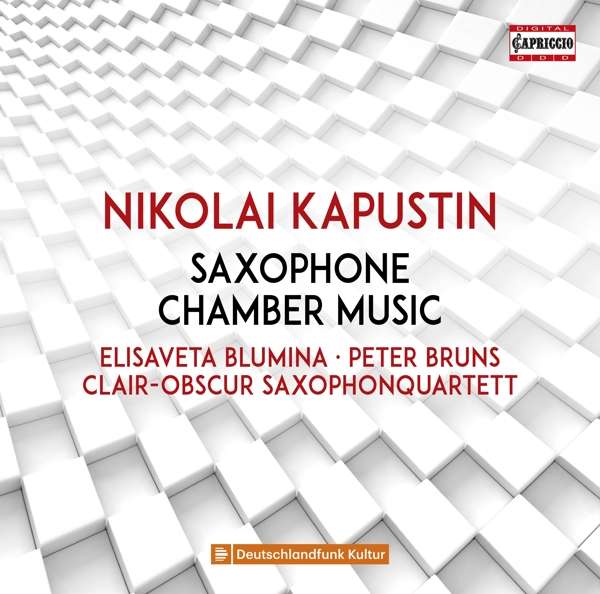 Together with the pianist Elisaveta Blumina and the cellist Peter Bruns the new CD of the  Saxophonquartet clair-obscur will be published by Capriccio on 7th February 2020! They recorded chamber music by the Ukrainian composer Nikolai Kapustin (*1937). You can pre-order the CD now!

Just in time before the advent and christmas season the 4. Christmas-CDfrom amarcord turned-up. An audio-CD full of joy. 62 times they are singing from joy and laughing, also eleven “Hallelujas” and twelve spanisch “Hurrays”. The 24 tracks promise pure christmas joy and are therefore a daily musical companion through the advent season. Most of the songs are dear to the heart of the five singers from Leipzig during 27 years on stage and compiled on this album.

The danish-swedish-latvian wind quintett CARION together with the german pianist Matthias Kirschnereit created a program “B. in Motion” for the german-danish cultural year of friendship. There will be pieces by the german jubilarian 2020, Ludwig van Beethoven, and from the danish national composer Carl Nielsen. Concerts will be in the danish embassy in Berlin and Leipzig.

For the first time the young and repeatedly rewarded percussion-duo DoubleBeats worked together with the Akademie für Alte Musik Berlin and capture with the program “BachBeats” new soundscapes with arrangements from pieces by Johann Sebastian und Carl Philipp Emanuel Bach. Two concerts were at the St. Elisabeth-Church in Berlin on the 19th & 20th october.

clair-obscur in Hamburg and Luxembourg

Two times the saxophonquartett clair-obscur will be in Hamburg und Luxembourg: On the 20th october with Saint-Saëns’ Le carnaval des animaux in Marnach and in march 2020 cooperation with the Philharmonie Luxembourg with “El Dorado” a  musically spectacle for the young audience.