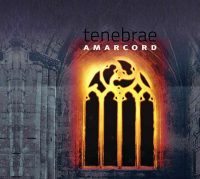 The quintet has just released its 25th CD production and celebrated the premiere of “Kinderreime und Nonsensverse” (nursery rhymes and nonsense lines) by composer Jörg Widmann. As one of the leading formations in early music, amarcord set accents at the Bachfest Leipzig, at the Bachwoche Ansbach, during the first cooperation with Calmus and at the Heinrich-Schütz-Fest with the Cappella Sagittariana Dresden. On stage, amarcord breaks new ground with scenic productions “Ballroom Dreams”, a ball evening with Wishful Singing and Friend ‘n Fellow, or “It’s Schiller! – Die Maltheser. Tragödie.”, a dance theater production by choreographer and director Irina Pauls. These diverse projects as well as numerous concerts from Berlin to Walkenried, from the Festspiele Mecklenburg-Vorpommern to the Bodensee Festival and from Rotterdam via Tokyo to Chicago make 2017 a fulfilling anniversary year.

END_OF_DOCUMENT_TOKEN_TO_BE_REPLACED 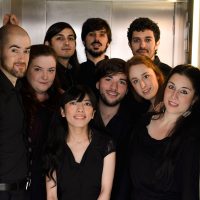 Seconda Prat!ca intends to transform the musical heritage of Western cultures back into a shared experience and intensify the relationship between artists and audience. The musicians pursue this holistic approach by acting simultaneously on stage, in the media and in research – and of course by the excellent quality of their music. Nearly four centuries of music (from the Middle Ages to the Baroque, including surviving oral tradition) will be presented in their concert programs. Beyond the performance of composers or special genres, Seconda Prat!ca wants to bring this music back to its context, give it a modern voice, and reawaken cultural memories with the audience.
The artistic direction of Seconda Prat!ca is in the hands of the two founding members Nuno Atalaia and Jonatan Alvarado. Their main objective is to combine the best qualities of each member into a constructive and creative interaction.
Nuno Atalaia is responsible for the conceptual and artistic coordination of the projects as well as their contents.
Jonatan Alvarado’s career is marked by his passion for classical music as well as for folklore – and for their possible connections. He is responsible for musical research and repertoire matters. He also directs the members of the ensemble into a combination of oral tradition with classical Western performance practice.

From now on, harpist Agnès Clément will be exclusively represented by Rosenthal Musikmanagement

From now on, harpist Agnès Clément will be exclusively represented by Rosenthal Musikmanagement. We are looking forward to working for this excellent young artist!
In 2016, the French harpist scored a rare coup at the ARD music competition: She won both the first prize as well as the audience award and the special prize for the best interpretation of the commissioned work. The experts were not surprised – after all, the young musician has played to the highest international standards for a long time. She has already performed with the symphony orchestra of Bavarian Broadcasting Company Bayerischer Rundfunk, the Munich Chamber Orchestra, as well as numerous orchestras in France and the US. Since her solo debuts at the Salle Gaveau in Paris and the Lyon & Healy Concert Hall in Chicago, she has regularly appeared as a guest performer on international stages. In 2012, she made her debut in China. In the current season, Agnès Clément has given guest performances with the Deutsche Symphonieorchester Berlin in the Berliner Philharmonie and the Nuremberg’s Philharmonic orchestra, to name a few. 2018 will see her perform at the MDR-Musiksommer, the Festspiele Mecklenburg-Vorpommern and the Festival de la Chaise-Dieu and release a new solo CD. In spring 2019, the world premiere of a new harp concert by Wim Henderickx und a concert with Tabea Zimmermann at the London Wigmore Hall are planned.

The musicians of the ensemble CARION know how to surprise! The current CD by the exceptional woodwind quintet has recently been praised by the critics of theartsdesk.com: „All marvellous – the best wind quintet disc in years.“ On iTunes the album ranks among the best classical releases in 2015. Besides the recording of Nielsen’s woodwind quintet CARION presents three previously unpublished discoveries from the Danish music library. Looking at the track list the album comprises pieces by Kai Helmer Senstius, Jens Laursøn Emborg and Svend Simon Schultz which make it an absolute rarity. The real highlight is the interpretation of the Nielsen quintet „There’s a warmth and ease to their playing; it’s as if you’re eavesdropping on private conversations in the quieter moments. Nielsen’s spiky clarinet writing is brilliantly served by Egīls Šēfers, and Niels Anders Vedsten Larsen’s bassoon playing is impeccable.“ However CARION is not only an experience for the ear but especially for the eye. On stage the quintet makes visible the architecture of the compositions and therefore creates a fascinating interaction between the members of the ensemble and the audience. Click here for CARION’s YouTube channel – it’s worth it!

Please note that Rosenthal Musikmanagement is available at new telephone numbers from now on:

The postal address remains unchanged. We look forward to hearing from you by telephone or e-mail!